Chilled Water Air-conditioning System Systems that employ water chillers are commonly called chilled water systems. As its name suggest, this system makes use of water as its secondary refrigerant. Chiller is used to remove heat from the water which is then circulated through other components to absorb heat from the space. Chilled water air conditioning systems are commonly used in applications that need large cooling capacity such as hypermarket, industrial process, commercial air conditioning such as offices and factories. More and more homes are using this system to air conditioned their entire house because of its cost-effectiveness and no hazard of having refrigerant piped all over the house.

Here is one clinet drawing for chilled water system on roof for his cinema: 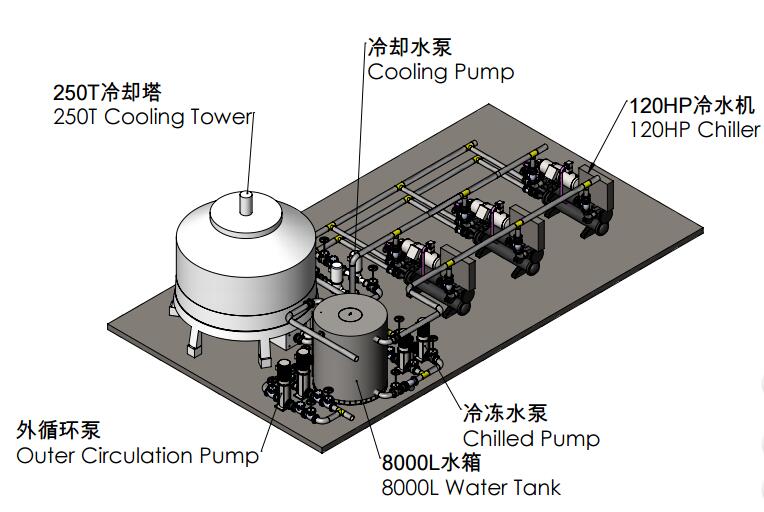 How it conditioned atmospheric air? In a chilled-water system, the entire air conditioner is installed on the roof or behind the building. A Water chiller cools water to between 40 and 45 degrees Fahrenheit (4.4 and 7.2 degrees Celsius). The chilled water is then piped throughout the building and connected to air handlers. This can be a versatile system where the water pipes work like the evaporator coils in a standard air conditioner. If it's well-insulated, there's no practical distance limitation to the length of a chilled-water pipe.

AHU - An air handler, or air handling unit often abbreviated to AHU, is a device used to condition and circulate air as part of HVAC system. Usually, an air handler is a large metal box containing a blower, heating and/or cooling elements, filter racks or chambers, sound attenuators, and dampers. Air handlers usually connect to ductwork that distributes the conditioned air through the building, and returns it to the AHU. 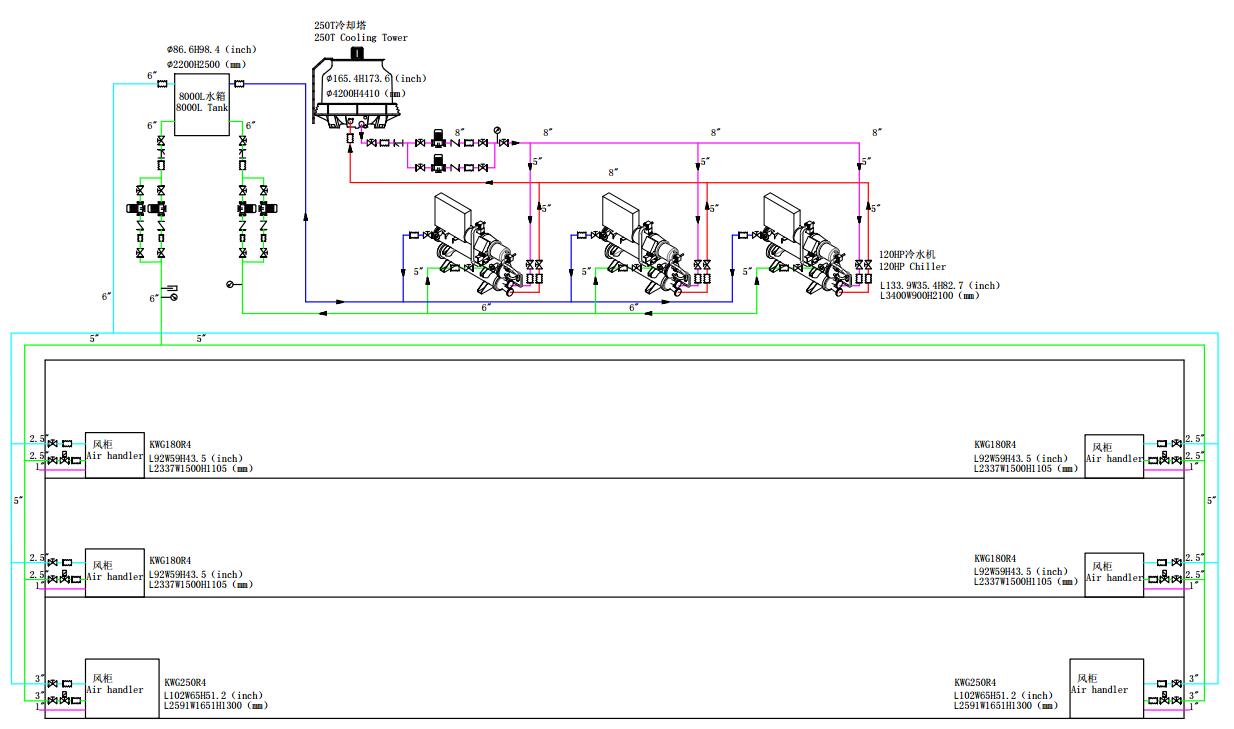 Previous: What Is The Advantage Of Chilled Water Air Condition System?

Next: Difference Between Air Conditioning Of Refrigerant System,Water System And Air Duct System